← more from
Wax Nine Records
Get fresh music recommendations delivered to your inbox every Friday. 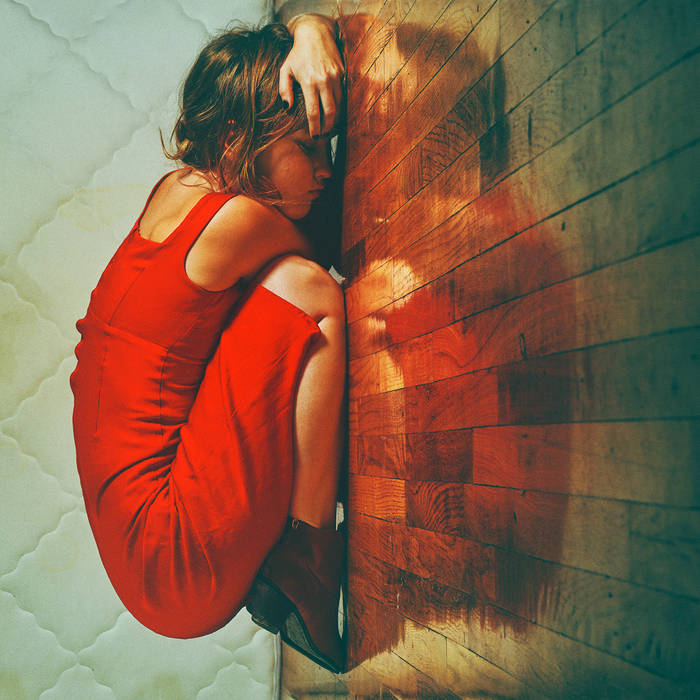 dylanvieira Really incredible album. The lyrics are top notch and, coupled with the music, do remind me a little of Elliott Smith, although her vocals are quite different. Great harmonies throughout. A standout moment is the screaming on Twisted, which is very emotive.. Started listening to her other stuff after scouring this and it proves to be just as good. Favorite track: Bed Of Nails.

Peter Kent (Gigworthy) Loving this & regularly played since released! This is definitely one to have in your collection music people!
more...

“I’ve been thinking of life as one big roleplaying game,” Johanna Warren offers when asked why she chose to title her new album after a Dungeons & Dragons reference. “There’s chance, there’s choice, and there’s alignment—what forces in the universe do I choose to align myself with?”

Chaotic Good is Warren’s fifth full-length album and first for Wax Nine/Carpark Records. It represents a moment of rupture in the singer-songwriter’s career as she transitions away from the quiet, folk-adjacent work that defined her early solo albums with a bold statement piece that demonstrates the breadth of her ambition. Here, Warren flits between crushing admissions set to spare piano solos and muscular declarations of independence that have more in common with grunge acts of bygone years than anything we’ve heard from Warren in the past. “The last few years I’ve had an urge to change my name, or create some alter-ego,” she says. “But I’ve come to realize that ‘Johanna’ is already just a character. We think we know who we are based on what’s already happened, but we’re allowed to make new choices.” The oceanic, soothing single “Bed of Nails” illustrates that realization perfectly when Warren sings: “I tried a little bit too hard to be myself/It turned me into something else.”

Recording Chaotic Good was an exercise in self-reinvention. Warren decided to produce the album on her own, borrowing recording equipment from a friend to do much of the preliminary tracking alone in a garage. She enlisted a few key collaborators to fully enliven her vision, most notably former Sticklips bandmates Chris St. Hilaire and Jim Bertini. On the raucously resilient “Part of It,” Warren is joined by her musical brethren as she addresses a noncommittal narcissist and—a trademark of Warren’s work—the narrator’s complicity in her own suffering: “Don’t look at me like I’m the one holding you back/and I won’t look at you like you have something I lack.” Adding to the album’s dynamism is the fact that it took shape over the course of four years in studios across the United States while Warren was touring her most recent albums Gemini I and II. Warren uses words like “patchwork” and “scrapbook” to describe Chaotic Good; it is a collection of sonic snapshots that transport her to specific places in time with each listen.

“This album is about learning how to be with myself after a lifetime of codependent relationships,” Warren says. You can hear that especially well on “Twisted,” which finds her confronting a former lover, and ultimately, letting them go. “I’m a warrior, but I give up,” Warren howls, the surrounding production warping and distorting as her raw vocal crests to an acidic scream. Though her lyrics are resigned, her delivery is anything but. It is a moment of total abandon, when the multitudinous aspects of a personality coalesce to form something at once dazzling and monstrous. “Chaotic Good is a metamorphosis,” Warren says. “It’s my phoenix moment. Everything I’ve done before was just building the funeral pyre.”

Bandcamp Daily  your guide to the world of Bandcamp